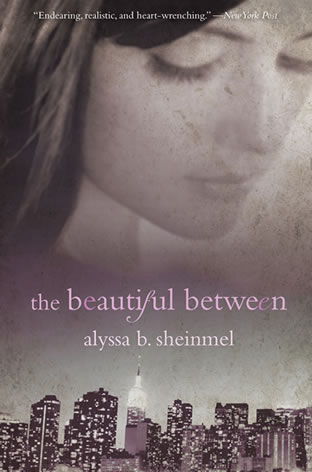 If high school were a fairy-tale kingdom, Connelly Sternin would be Rapunzel, locked not in a tower by a wicked witch, but in a high-rise apartment building by the SATs and college applications—and by the secrets she keeps. Connelly’s few friends think that her parents are divorced—but they’re not. Connelly’s father died when she was two, and she doesn’t know how.

If Connelly is the Rapunzel of her school, Jeremy Cole is the crown prince, son of a great and rich New York City family. So when he sits down next to her at lunch one day, Connelly couldn’t be more surprised. But Jeremy has a tragic secret of his own, and Connelly is the only one he can turn to for help. Together they form a council of two, helping each other with their homework and sharing secrets. As the pair’s friendship grows, Connelly learns that it’s the truth, not the secrets, that one must guard and protect. And that between friends, the truth, however harsh, is also beautiful.

Praise for The Beautiful Between

This debut novel is the perfect antidote to the “Gossip Girl”-ization of young adult literature…Endearing, realistic, and heart-wrenching.
– The New York Post

Subdued and reflective…compelling.
– The Bulletin of the Center for Children’s Books

A gem of a book.
– The Austin American Statesman

Especially refreshing…more realistic and less depressing than
most titles and will likely appeal to teen girls.
– VOYA

Packs a real wallop…with a realistic, low-drama ease
that’s not often afforded in the young-adult genre.
– The Daily Beast, one of “10 Smart YA Reads”